The Winter Colony of Aiken

Where America’s Wealthy and Elite Came to Play. Come visit where the Rockefellers,
Vanderbilts, Iselins, Astors, and more came to get away! 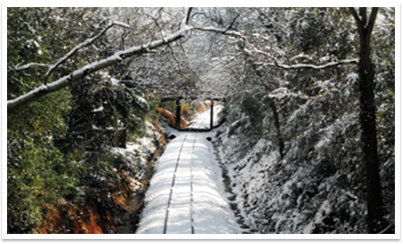 During the 1800’s Aiken became a popular health resort for coastal residents wishing to escape malaria and yellow fever. Northern residents fled to the Aiken area during bitter winters as Charlestonians fled during the summer months. News spread quickly that the area’s pine-scented dry air and spring water were quite a healing combination. Horses were also brought along for enjoyment during the 1800’s. The area became a prestigious health resort and also, the “Sporting Capital of the South.” Large estates or “cottages” are located in the historic districts. Cottages were defined as homes with more than twenty rooms. Many of the homes are on the National Register of Historic Places.

Rice and indigo planters found the dry pine-scented air good for breathing ailments. Wealthy northerners began visiting during the harsh winters and the Aiken area was transformed into The Winter Colony. It was a place to let loose, away from the New York society columnists!

The Winter Colonists brought their horses to Aiken to extend their equestrian activities throughout the year. Riding, racing, fox hunting and polo were among the top favorites. The colonists also enjoyed tennis and golf longer in the south. Today every equestrian discipline is found in Aiken. Polo, the “game of kings,” has been played on Aiken’s Whitney Field continuously since 1882. Grandiose cottages were enjoyed by the Vanderbilts, the Whitneys, the Iselins, the Astors, the Rutherfords, the Hitchcocks, and more elite.

Rye Patch originated as a bed and breakfast opting northern golfers and polo players. Edmund Rogers and Dorothy Knox Goodyear Rogers bought the property in 1939 as a winter estate and entertained guests including the Duke of Windsor. The children of Mrs. Rogers bequeathed the estate to the city of Aiken. It is listed on the National Register of Historic Places.The Rye Patch and the Guest Cottage may also be rented for special occasions.

Pictured above is a quaint little chapel on the estate of Rose HIll. The property encompasses an entire city block and was built in 1898 as the winter colony residence of Sheffield Phelps. The property retains its original layout and 11 buildings. Rose Hill is the first in Aiken recognized on the National Register of Historic Places.

Archeological remains found at the site of Coker Springs suggest that it has been a water source since prehistoric times. Later, English Settlers relied on it and a spring house was built in the early 1800’s. The spring was named for the original owner of the adjacent land. In 1844, owner William Finley deeded the springs to Aiken with the stipulation that the city grant “free use of said Spring to be had and enjoyed by the inhabitants of Aiken and the public generally for themselves, their servants, cattle and horses forever.” It is listed on the National Register of Historic Places.